Everything You Need to Know About Obama's Deferred Action

As a member of the American Immigration Lawyers Association,
we take pride in helping our clients achieve their immigration goals.

What is a Deferred Action?

A Deferred Action is a benefit that certain undocumented immigrants can request to receive employment authorization and avoid immediate deportation.

DACA, which stands for Deferred Action for Childhood Arrivals, is an option for illegal immigrants who entered the United States as minors.

While DAPA, the Deferred Action for Parents of Americans and Lawful Permanent Residents, benefits parents of U.S. citizens or legal residents.

You Are Eligible for a Deferred Action if:

To check for further eligibility requirements, schedule a confidential consultation with our team now.

DACA and DAPA so Far

The Deferred Action for Childhood Arrivals (DACA) was announced in 2012. Eligible undocumented immigrants who came to the United States as minors can apply for it and avoid deportation. Initially, DACA would be valid for 2 years and had to be renewed after that period of time. However, as part of the 2014 executive action on immigration, employment authorization will be granted for 3 years. Expanded DACA requests can be lodged as of February 2015.

The Deferred Action for Parents of Americans and Lawful Permanent Residents (DAPA) was announced in 2014 as part of President Obama's immigration action. It allows individuals who meet all requirements to get a three year work permit and avoid deportation. Only those who have continuously lived in the country since January 1, 2010 can apply. 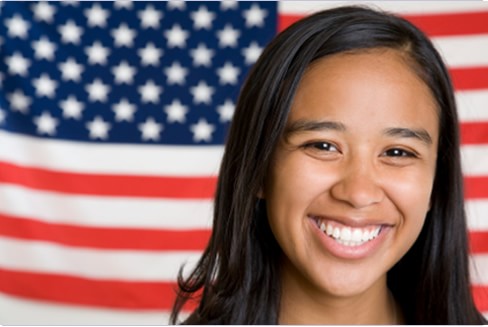 As an experienced immigration firm, we know a large number of hopeful immigrants are taken advantage of by unscrupulous non attorneys. Immigration laws can be overwhelming, so you should always get advice from a professional before filling any applications. An immigration attorney has the expertise to identify the best mechanism for your particular case.

Make sure you can meet every DACA or DAPA requirement before taking any further steps. You can check them all by visiting the official USCIS website and compare the information provided by your lawyer. Do not trust people with promises that seem too good to be true. Talk to a legal expert and avoid unnecessary trouble and delays.

As immigration experts, we provide each of our clients personalized attention, listen to their story and build a solid case for them. We will defend your rights accordingly and keep you informed every step of the way. You won't have to worry about the complexities of Immigration law, reform or every detail of the executive action. Let us help you simplify the process.

Some of our areas of expertise include:

FAQ
How long should I live in the U.S. before applying for DAPA?

Only those with 5 years or more in the United States at the time of the executive action was announced are eligible for a three-year work permit. That means you must prove that you have continuously lived in the U.S. at least since January 1, 2010. You must also hold no criminal record and be able to prove your identity. A deferred action will not grant you an indefinite lawful status, you will have to request for a renewal once it expires.

Will the temporary status be automatically renewed after three years?

No. Until 2014's executive action announcement, DACA beneficiaries were granted a two year work permit, which should be renewed after that period of time. As part of the immigration action, that period was extended to three years. Such applications can be sent as of February 2015. DAPA applicants would also be granted a three year work permit, provided they meet all listed requirements. Applications are expected to open in mid to late May 2015. No cap was announced, so approximately 5 million undocumented immigrants could apply. Official forms and instructions will be issued by USCIS.

Are DACA and DAPA the same?

No. They are both deferred actions for illegal immigrants to avoid deportation. They were designed to protect those who are not consider an imminent threat to national security from removal. DACA stands for Deferred Action for Childhood Arrivals, applying to those who came to the country as minors. DAPA instead, stands for Deferred Action for Parents of Americans and Lawful Permanent Residents. DACA was announced in 2012, DAPA is part of the 2014 executive action on immigration.

Both DAPA and DACA are implemented to slow down the number of deportations. They do not protect every illegal immigrant, only those who can meet the requirements and are not a threat to national security.

Eligible aliens would get a 3 year work permit and will not live in fear of deportation. They will be able to legally live and work in the United States of America and have access to better employment opportunities.

The executive action included DAPA as a way to protect parents of American Citizens and Permanent Residents from deportation. It is not a pathway to citizenship and its renewal is not guaranteed.

As an immigration attorney, Alice Antonovsky is often seen zealously representing her clients in Immigration Court throughout the tri-state area. Alice takes an approach that “honesty is the best policy”. She advises her clients honestly about their particular situation and the outcome they can expect. Her law practice was built on her dedication to honesty, thorough preparation, and professionalism. Alice is known for providing personal care and attention to the needs of each client, whether it is an individual or a large multi-million dollar corporation. Alice Antonovsky is a member of Phi Delta Phi Legal Fraternity, New York State Bar Association, and American Immigration Lawyers Association.

Immigrants seeking legal status can rest assured that Alice Antonovsky and her staff of legal professionals will help secure their future. She is a member of the New York State Bar Association and the American Immigration Lawyers Association. Alice Antonovsky received her J.D. with distinction from Thomas M. Cooley Law School in 2005. Since then, the Law Offices of Alice Antonovsky’s multilingual staff has served clients of all nationalities in the Tri-state-area on their journey toward gaining citizenship.

Call us now at (718) 924-2896 and ask for a confidential consultation to evaluate your options.
Testimonials

I hired Law Offices of Alice Antonovsky to help with immigration. She is a great attorney. She has no hidden fees, the whole thing cost me as she initially said… and not a penny more. Akhtibar, 2010. 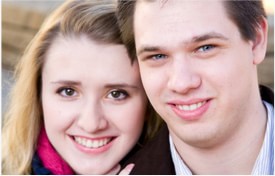 Contact Our Team and Let Them Help You Evaluate Your Options