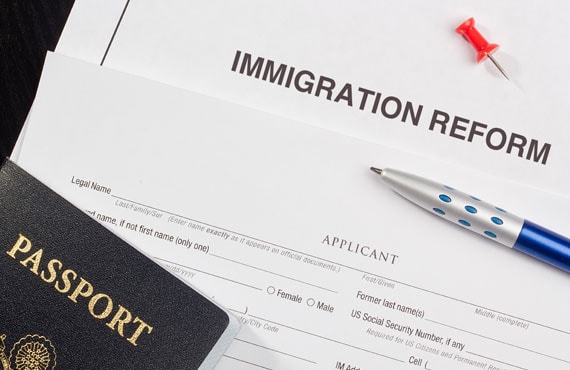 The U.S. Immigration Reform has become the main featured piece of most global news sites over the last few weeks. This doesn't come as a surprise, since the United States has one of the highest numbers of immigrants from various countries in the world.

However, this topic can be overwhelming and most people see it as yet another Republican vs. Democrat battle. Nonetheless, since Immigration Law is not a simple matter to delve into, let’s try to go through the basics and analyze what the republican strategy can be now.

What about the Republicans?

The focus is currently on Republicans because they have 233 of the 435 voting seats in the House of Representatives, and this means they have a majority vote on federal legislation.

On January 28th, 2013, 8 bipartisan Senators proposed an immigration reform including changes on the business immigration system, work visas for low-skilled applicants, as well as an extended citizenship path for illegal immigrants. That last one has been one of the most controversial policies to this date.

A year later, and after many discussions, the House Republican leaders made new announcements on their principles for the immigration law. On January 30th, 2014, Ohio representative and House speaker John Boehner announced that the House Republican leaders are calling illegal immigrants to legalize their situation and take responsibility for their unlawful presence in the country.

Summarizing the announced principles, here are the basic factors Republicans consider to be key for an immigration reform:

Notice that these principles do not include any pathway to an American citizenship. As expressed on GOP leaders’ latest statement “that would be unfair to those immigrants who have played by the rules and harmful to promoting the rule of law.” According to these principles, illegal immigrants (or their immigration lawyers) will be expected to come forward and be accountable for having broken the law.

What are your thoughts in the matter? Feel free to go to our comment section and let us know.