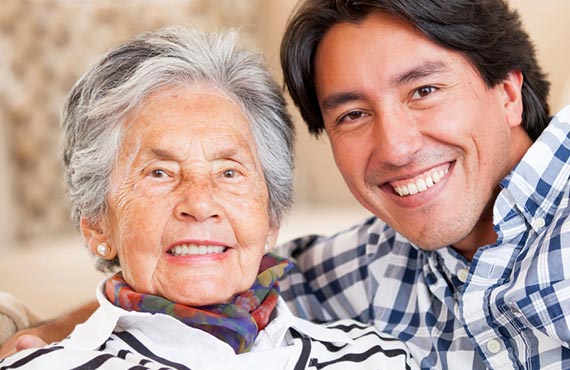 How to Become a U.S. Citizen Through Your Grandparent

United States citizenship is not a privilege granted to everyone. U.S. citizen parents can obtain citizenship for their children who were born and live out of the country. However, if only one parent is a U.S. citizen, that parent must show that they lived in the States for at least five years, of which at least two years must have been past the age of 14. If the U.S. citizen parent moved out of the country as a child they usually will not meet this requirement.

The solution for many parents who don’t meet these residency requirements is section 322 of the Immigration and Nationality Act. (INA) This section provides that the U.S. citizen parent can apply for naturalization on behalf of their child born outside of the United States, when there is a grandparent who is a U.S. citizen and lived in the United States for at least five years of which at least two years must have been past the age of 14.

The parent wishing to take advantage of this section must file Form N-600K, along with the filing fee of $600. The petition will have to include documents showing the grandparent did in fact meet the residency requirements. Therefore, you may need to look for documents – such as old high school yearbooks and report cards – to prove this. The child will also have to be taken to the U.S. for an interview at an immigration office.

As reported by the Wall Street Journal in 2007, naturalization through a grandparent’s residency was growing in popularity, especially among Israelis. The paper reported that in “the first nine months of the 2006 – 2007 fiscal year, which began Oct. 1, 2006, the U.S. immigration agency processed nearly 4,000 applications for citizenship through grandparents, compared with about 2,000 for all of fiscal 2003 – 2004.”

One benefit of having your children become U.S. citizens is the U.S. child tax credit that you will become eligible to receive. However, no matter what your motivation, if you want assistance in applying for citizenship for your children call my office so that we can explore all your legal options.

to get honest and reliable advice from Immigration Lawyer, Alice Antonovsky
© Copyright 2020 Law Offices of Alice Antonovsky
- SITEMAP -
Designed by CreativeWorks, Pocono and Lehigh Valley Web Design Agency
Home > Citizenship > How to Become a U.S. Citizen Through Your Grandparent