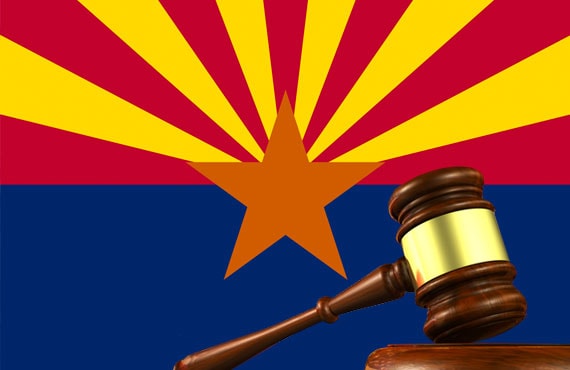 Immigration Law in Arizona: Making Sense of the Controversy

Earlier this week the American Civil Liberties Union, also known as the ACLU, insisted on revising an Arizona voter-approved law that prohibits bail to illegal immigrants. Yes. While it might seem unconstitutional, this law is intended as a necessary measure to stop criminal suspects from leaving the country during an ongoing case.

According to information provided on the Houston Chronicle, Cecelia Wang –a lawyer from the American Civil Liberties Union– talked to a special panel of the 9th U.S. Circuit Court of Appeals on behalf of the immigrant community stating that immigrants were being unfairly selected as flight risks.

Of course, this case is one of the many battles over Arizona’s immigration law over the last ten years. Keep in mind that almost a decade ago, Arizona passed a law that doesn’t allow illegal immigrants (who are charged with certain offenses like murder and identity theft) to be bailed out of prison.

Why are immigrants a bigger threat?

The main issue with this law is that, in one way or another, implies that immigrants represent a bigger flight risk than other people that are released before their last court appearance. In fact, one could argue that there’s no actual evidence that immigrants could be more dangerous, and therefore it is unfair to hold them while other people can put up bond in exchange for their freedom.

Most attorneys who vouch for this set of rules claim that this law prevents immigrants from escaping the country before their court hearings. Unquestionably, there’s some logic behind their arguments, but the ethical question remains: Is it fair to subject people to laws that don’t apply to everyone else?

The Will of the Many

Whether we agree with ACLU attorney Cecelia Wang or not, there’s something we can't ignore… This is a voter-approved law. In 2006 an overwhelming majority (78 percent of voters) passed this law; something that makes us wonder if it would it be any less constitutional to overturn the will of a vast majority of citizens.

Arizona has been a controversial place when it comes to immigration, and that’s not going to change any time soon. While other states, like South Carolina, are softening its crackdown on illegal immigrants, Arizona continues to enforce harsh policies that are (in theory) meant to improve public safety and not punish immigrants.

What are your thoughts on this? If an undocumented immigrant is arrested in Arizona, would you recommend him to contact an Immigration Lawyer or an attorney specialized in criminal law? Please let us know in the comments section below.