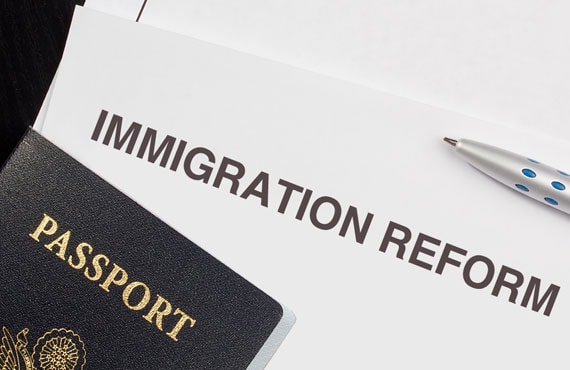 The New Proposed Immigration Reform 2013: What You Need to Know

Unless you have been living on a deserted island, you no doubt have heard about the new proposed immigration reform bill which has been released on April 16, 2013. There is a lot of information, or shall I say, misinformation going around surrounding this and it is very important to not believe or trust everything you hear. The bill has only been proposed, it has not been approved and it is not law as of yet. Therefore, as of today’s date, this is only a proposed bill, it is not yet law we can utilize today. People have been calling our office because they get information on the street from paralegals and notarios that the reform has already passed and they wish to apply for “it”. There is nothing to apply for as of this date. Again, we have only been provided with a DRAFT of the proposed reform, it may be changed and rewritten and may take several months (and I’m being hopeful here) before it actually gets approved and enacted.

For the very reason stated above, that this is only a proposed version which can be changed, it is difficult to comment on all the details of it, but as it is written now, it is a great, positive step in the right direction. Although there are a lot of various aspects of immigration which this proposed bill addresses, including border security and economic opportunities, I would like to focus more on legalization of the now illegal immigrants.

The new proposed status qualifying illegal immigrants will be given are Registered Provisional Immigrant (RPI). So, main question arises, who will be eligible? As we see it now eligibility criteria will be as follows:

A person who has been granted RPI can adjust to a Lawful Permanent Resident (LPR) after 10 years (unless an exception applies which allows certain individuals, like those in Agricultural Program or those in Dream Act status to apply after 5 years) provided all conditions have been met. In order to be able to apply for LRP, an RPI must have:

Does it sound confusing? It is! That is why it is extremely important to always deal with experienced, knowledgeable attorneys. We received information that a lot of paralegals and others with no law license are offering advice and are taking people’s money to “help” them with their immigration problems. Please be certain that not only will these people not help you, they will likely make you worse off than you were before. Always deal only with attorneys concerning all of your immigration matters.

The proposed bill also talks about family and employment based immigrants, with a lot of significant changes to be made in those areas. To find out more about the new bill and how it can affect you or your loved one or to find out what remedies are available to you today, please contact our office.